It feels good to start the process of ‘percolating’ a book (read more about my process here).  As I prepare to start the rough draft of a manuscript, I generally try and focus most of my reading on the topic I’m writing about.  So, while I still have a fair amount of steampunk on my Kindle, with A.U. (that’s Alternate Universe, the working title of a book I hope to start at some point in 2017), it’s finally time to get into my research.

I honestly can’t remember how The Other Life by came onto my radar, but I’m certainly glad it did.  In it — no spoilers, really — the protagonist has the ability to go between two different timelines (this is important, because my protagonist will have the same ability, albeit in a different way).  I found a number of passages quite helpful in my approach to handling two separate timelines, and hopefully will be able to transfer some of the ideas in an original way into my own book.

For the most part yes.  I thought Ms. Meister did an excellent job of telling a story for a character that existed in two overlapping timelines.  Doing this in a straightforward and concise manner is one of the things I’m most worried about as I think about starting my novel.  The degree in which the ‘magic’ is handled makes sense within the world of the book.  It’s a concept that readers can understand, accept, and move on to focus on the story, without having to think too much about the supernatural elements.

Did I like the main character?  Honestly, Quinn was a bit of a struggle to connect with, which is why I liked this book, but didn’t truly enjoy it.  I did want to care what decision she made, but a super rushed final act didn’t make it easy.  I realize my own as yet unnamed main character might be similarly off putting.  Struggling between two timelines, will readers like her only half the time?  Will they care about both versions of her life?  Or will one be inherently more interesting than the other?  In The Other Life, I also found some out of character moments for the protagonist (no matter which life she was in) that were jarring.  The choice for Quinn to keep her ability a secret is also a struggle my main character is going to have to overcome (and really, how does that conversation even go with someone?).

Did I like the supporting characters?  They were okay.  Husband Lewis is a bit ‘meh’ all around, not as developed as the love interest on the other side of the portal.  Of all the characters in the book, I think I liked the nosy neighbor Georgette the most, mainly because she seemed the best developed (and that includes the lead).

How did I feel about the ending?  Ms. Meister takes a route I’m considering, which is a bit open ended.  As of now, I’ve spoken to a few people about where I think A.U. is going to end, with some definite feedback (mainly that my idea of a ‘midpoint’ probably isn’t going to go over very well… I guess that’s what you get for killing off fictional children).  Anyway, back to this book, I think it was the right choice, and one that would be fun to discuss with a book club. 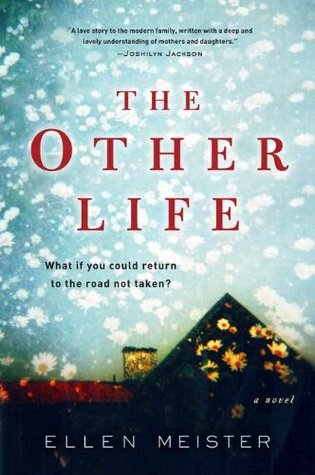 So, would I recommend the book?  Reviews are consistently okay, and I think I would agree.  Currently priced at an eye watering $12.99 for Kindle, I can tell you that the publisher is out of their mind.  This book is worth the $2.99 or less that I paid for it and not a penny more.

Have you read The Other Life?  What did you think?

Did we have wine from 1878 last night…? Eric’s 44th birthday was one of the most memorable!
Zooming into the weekend like…
COVID chic.