Hope that gets you started — happy reading!

A reminder that all of my books are free to read via Kindle Unlimited.

I had a great interview with the team at Style Plus Band over the weekend!  I hope you’ll watch, and consider picking up the book. 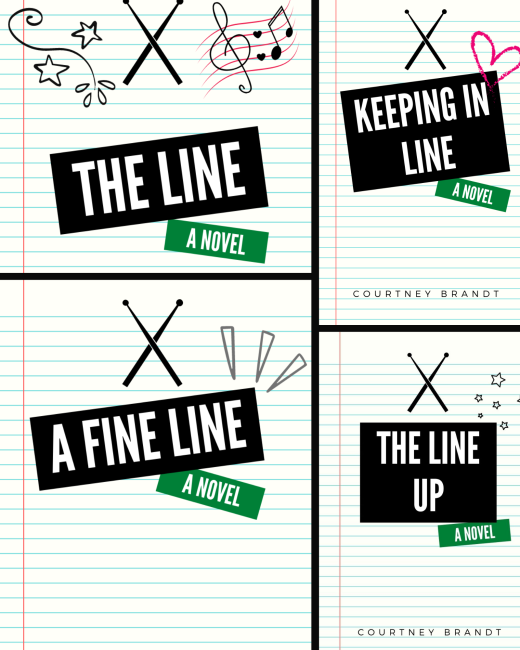 With my upcoming rerelease of Confessions of a Teenage Band Geek, I thought it was well past time to get new covers up for The Line series.  While I don’t expect a lot of sales, nor did I put a ton of money (obviously) into these, I wanted something that was more cohesive as a series, and a step up from the rather antiquated previous covers.  At some point, I would love to revisit these books to edit and release them, but for now, my hope is that they might find a few new readers. 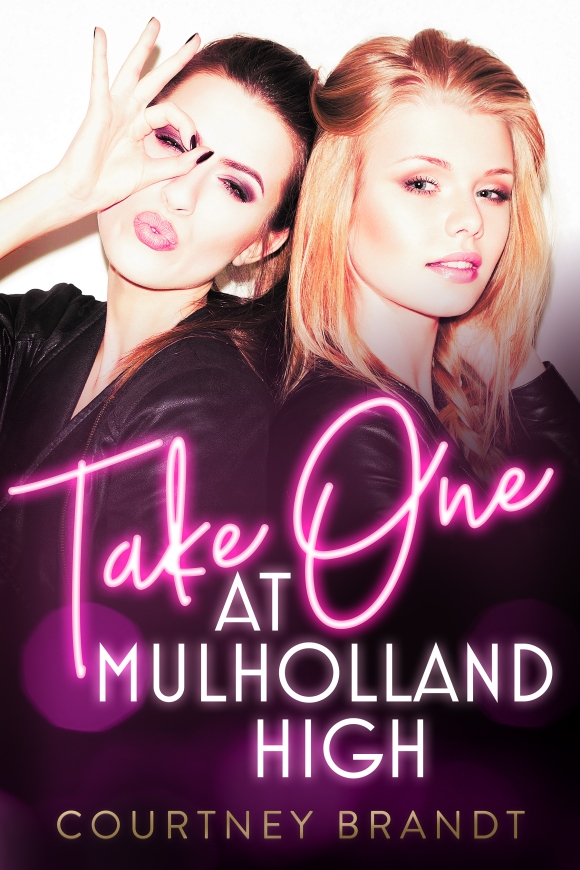 It’s here, and it doesn’t seem real!  Buy it on Amazon.  More coming, but for now, I’m just so happy the book is finally available.  The journey from 2007 has been a long one, but I’m very proud of the result.

Life is about to get real in Mulholland Creek.

Hoover High sophomore, Ali Harvist, and reality show ‘It’ girl, Chloe Winterhaven, exist in two completely different worlds. When Ali’s family abruptly relocates from Ohio to the exclusive oceanside community of Mulholland Creek, California, the lives of these young women unexpectedly collide. Attending the same school that serves as a backdrop for the hit television show Mulholland High only adds to the drama. In alternating first-person chapters, follow the young women as they contend with an exclusive play premiere, a manipulative (and unfortunately all-too attractive) ex-boyfriend, budding new loves, and a slimy executive producer – all while the cameras are rolling!

Take One at Mulholland High is a light-hearted novel perfect for fans of Meg Cabot and MTV’s The Hills.

It’s been another minute, hasn’t it?  I’ve been super committed to editing, updating, and generally overhauling Confessions of a Teenage Band Geek.  As you’ll note previously, I have signed an agreement with a small press and I’m looking forward to the process of sharing the project with a new audience.

From what I can tell, I wrote the first draft of Confessions (original title, Crossing the Line) in 2006 (!). It was published in 2011, so let’s just say that technology has moved forward, as have I — as a writer, and a person.

Editing the book was relatively straightforward.  I had notes to incorporate, language to change, characters to better develop, well, you get the idea.  I’m turning in my new ‘first’ draft today, and am really excited to make this book its best possible version. There is still a ways to go, but I was glad to see a lot of progress in this draft.

So, what changed?  What was I looking for?

I’ll keep you updated on what the next draft looks like!  It’s due back to me in September.

Hey there!  Guess what?  Tomorrow is my birthday!  .  In honor of my big day, I decided I wanted to give something back to readers, friends, and family.  Therefore, please download The Queen of England: Coronation (Book #1 in the The Queen of England series) for free, now through March 19th.

(And don’t forget to wear something green tomorrow). 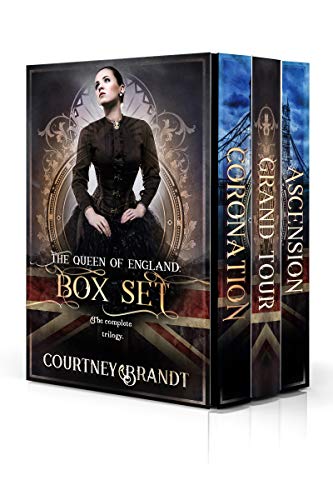 Finally!  I’ve had this image for TWO YEARS, and I felt so incomplete without ending poor Juliette’s story.  Now, the entire set is available — just as I always intended it to be.

I hope you’ll pick up a copy, and enjoy the completed trilogy.

It seemed I was missing someone!  Here’s Julia’s gif, from Confessions of a Teenage Band Geek.

The ‘L’ here is for my favorite bass drummer, Lucy (Karate, protagonist of my other ‘L’ – The Line).

Courtney Brandt is on the show reviewing Written in History: Letters that Changed the World by Simon Sebag Montefiore! pic.twitter.com/qdxlNzeEwa

‘When History Meets Fantasy’ session with Courtney Brandt, @leocarew1 and @rehankhanauthor is happening now at Al Ras 2. Don’t miss out on the last day of the #DubaiLitFest @EmiratesLitFest pic.twitter.com/L6uWpmQDxr

I recently found out you can look up your name on Twitter – and found a few things!  Please allow this moment of self-promotion.  Thank you!  Also, please feel free to follow me on Twitter (I’m very political over there).